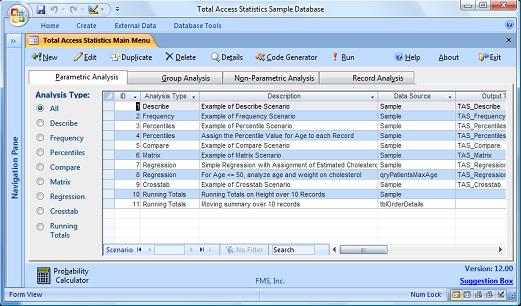 All the statistical analyses now support parameterized queries as the data source. For ADPs, data sources may be stored procedures and user defined functions with parameters.

A new screen lets you specify the value for each parameter:

Calculate running averages, sums, counts, etc. for a sorted list of values and placing the values in a field in your table. The running value can be for all records or a moving set of records such as the running average over the last 10 records.

The values are stored directly in your data source in the fields you specify. Up to five fields can be updated at one time. 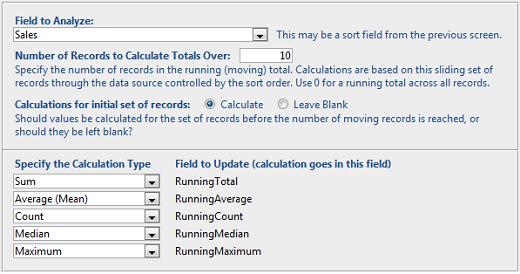 For Regressions, the estimated Y value can now be added directly into a field in your data source. This is available where there’s only one regression equation calculated at a time such as a multiple regression or a simple or polynomial regression with only one independent (X) field.

Date fields can now be used to perform percentile calculations and frequency distributions.

A new option is available in the Statistics Function to let you specify the table containing parameters for parameterized data sources.

"Total Access Statistics performs a wide range of data analysis right inside Access. The product includes a Statistics Wizard to perform parametric, group, non-parametric, record analysis and more. The results are placed in Access tables that you can integrate into your forms and reports."